Coconut aminos (also called coconut liquid aminos or coco aminos) are a healthful flavoring ingredient that we like to keep in our pantries and use in a variety of recipes. Read this post to learn more about what coconut aminos are, how to use them, coconut aminos substitutes, and our favorite brands. You’ll soon be using coco aminos like a pro and you’ll reach for this ingredient whenever you want a punch of savory flavor, similar to that of soy sauce, shoyu, or tamari, but with a lot less sodium.

what are coconut aminos made from?

If you’re here because you’ve seen this ingredient in recipes and you’re wondering, “OK, what is coconut aminos?” then you’ll learn it all now. Coco aminos are a dark, thin sauce (similar to soy sauce or a thin teriyaki sauce) made from the sap or nectar of a coconut palm tree. Whereas coconut oil is made from mature coconuts, coco aminos is made from the sap of young flowers of a coconut tree. The unopened coconut blossoms are tapped and the nectar is collected. The nectar is then fermented with salt to create a savory, umami-providing flavoring sauce. Coco aminos are made simply by fermenting coconut sap and salt, that’s it.

what are the benefits of coconut Aminos?

We like to call for coconut aminos for a few specific reasons, including these health benefits:

One of the reasons we like to use coco aminos is because it meets the requirements of many special diets. Since this condiment is made simply from the nectar of coconut blossoms plus salt, coconut aminos is gluten free, grain free, soy free, vegan, nut free, plant-based, Paleo, keto (ketogenic), Whole30 friendly, low glycemic, and contains no refined sugars.

It is natural to think that coco aminos may taste like coconuts, since the sauce is derived from the sap of coconut palm trees. However, coconut aminos do not taste at all like coconut, in any way. Instead, when you taste coconut aminos, what you’ll experience is a mild savory sauce. It has very slight sweetness and a mild buttery aftertaste. Coco aminos are pleasant to use as a dipping sauce and also in a variety of recipes.

Use Coconut Aminos in These Recipes 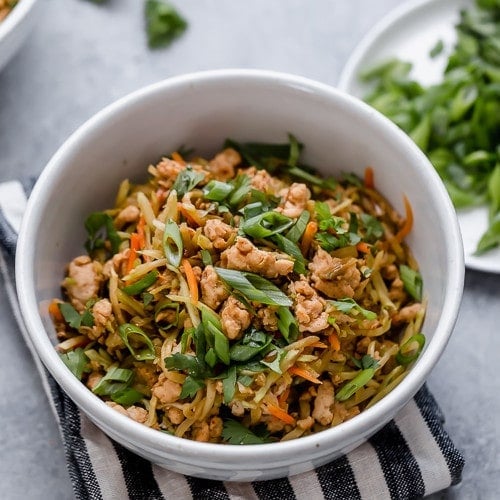 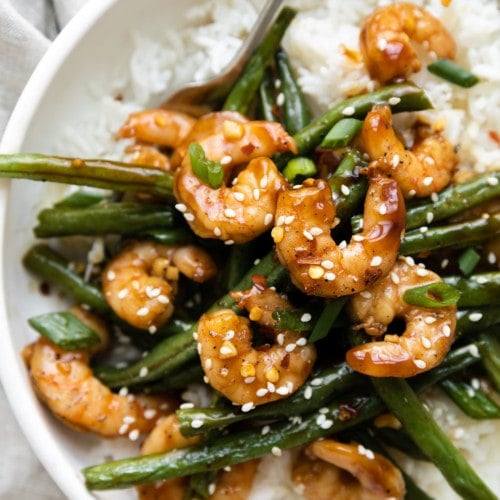 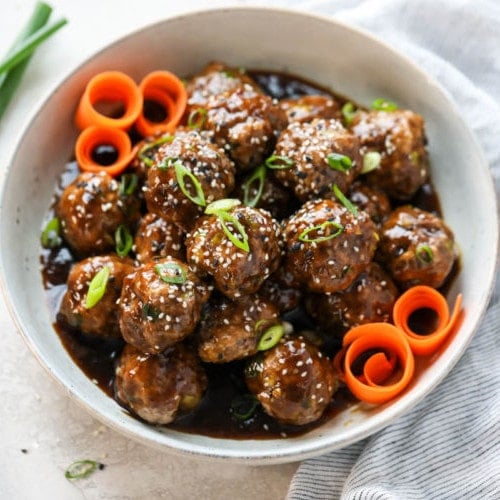 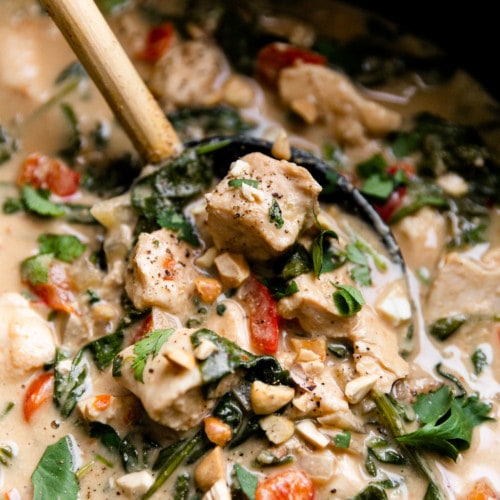 Coconut Aminos Substitute: What to use instead

What if you don’t have coconut aminos on hand? You may be wondering: What can I use instead of coconut aminos in a recipe? Well, we have a very simple formula that you can follow to replace coco aminos with soy sauce, tamari, or shoyu, if that’s what you have in your pantry instead.

Coco liquid aminos are often compared to soy sauce. And though coco aminos is not exactly like soy sauce (it has a much milder, less salty flavor), it is close. Coco aminos can be used interchangeably in recipes where soy sauce, shoyu, and tamari are called for. See below for the formula to sub in coco aminos in place of one of these common sauces.

Soy sauce – When you see soy sauce, it almost always refers to Chinese-style soy sauce, which is typically made from 100% fermented soybeans. Some, but not all, soy sauces contain wheat, added sugar and/or salt. And all soy sauce contains soy since they are derived from soy beans

Shoyu – While also called soy sauce, shoyu is a special Japanese-style soy sauce that is made from a mix of soy and wheat. It is slightly thicker and less transparent than soy sauce. Shoyu is mostly not gluten-free or wheat-free and it is a soy-based sauce that contains soy

Tamari – This ingredient is often called for as a gluten-free alternative to soy sauce or shoyu. It is a soy-based byproduct of making miso, and classically it’s made with soy. It is most often gluten-free and wheat-free but does contain soy

One of the benefits of using coco liquid aminos is that it contains quite a bit less (as in 70 to 75% less) sodium than comparable products, even low-sodium versions. Using coco aminos is a great way to reduce sodium while still getting terrific salty flavor. Many people find it desirable to use a lower-sodium product to help reign in too much salt. A high-sodium diet can contribute to poor cardiovascular health and increased blood pressure in some people.

how to replace coconut aminos in a recipe

Wondering what you can use as a coconut aminos substitute? Use this formula to replace coco liquid aminos with soy sauce, tamari, or shoyu:

how to replace coconut aminos in a recipe

how to replace soy sauce with coconut aminos

Likewise, you may be wondering what are some soy-sauce substitutes, especially if you’re looking for ways to cut down on sodium. Or maybe you just want a gluten-free, cleaner alternative to soy sauce. Use this formula to replace soy sauce with a coconut aminos substitute: When a recipe calls for soy sauce, use twice the amount of coconut aminos.

If a recipe calls for 1/4 cup soy sauce, you can use 1/2 cup coconut aminos instead

If a recipe calls for 2 tablespoons soy sauce, you can use 1/4 cup coconut aminos instead

The Best brands of Coconut Aminos We Recommend

We’ve been using coconut aminos for many years and we’ve discovered our favorite brands based on taste and nutrition quality. Here are the three brands that we recommend most often. We’ve linked to each one so you can check it out yourself or order some for your own pantry (or pick up from your local grocery store or natural foods store).

ways to use coco Liquid Aminos

You can use this flavorful salty condiment in a variety of ways, including:

try coconut aminos in these recipes 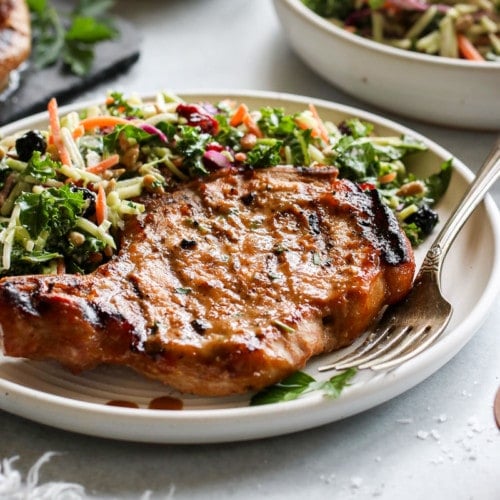 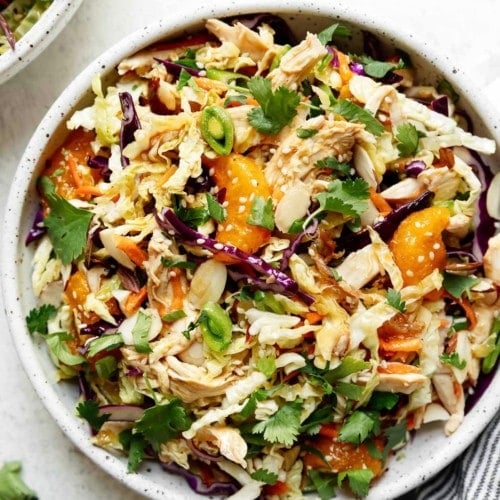 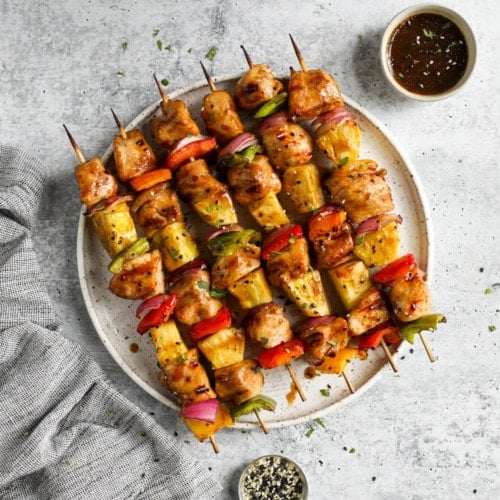 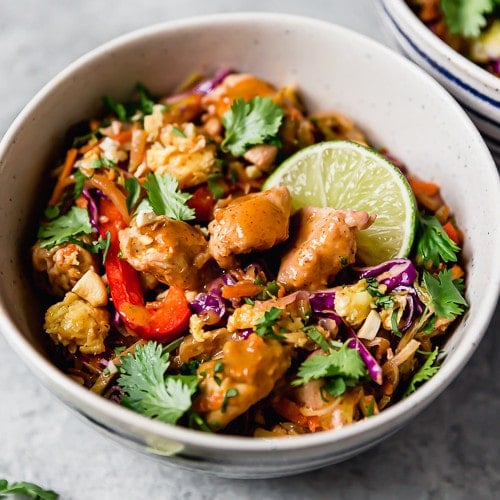 Our photos and content are copyright protected. Please do not use our photos or content without prior written permission. If you wish to reference this content, please link back to the source here on The Real Food Dietitians. Thank you! 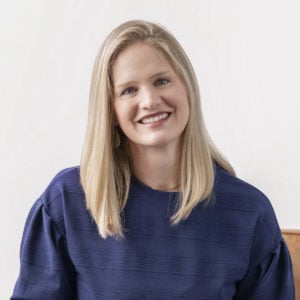 Jessie is a Registered Dietitian Nutritionist living near Denver, CO where she splits her time among nearby playgrounds, typing away at her trusty laptop, and heating up her home kitchen with delicious experiments. Her best taste tester is her husband, a Denver firefighter with a well-trained palate. A former magazine editor-in-chief, Jessie has a long career in food publishing and health writing. While she once played centerfield for the Northwestern University softball team, Jessie now prefers her fitness in the way of biking up mountain passes and chasing two busy toddlers (the latter proving to be the more exhausting activity).

END_OF_DOCUMENT_TOKEN_TO_BE_REPLACED 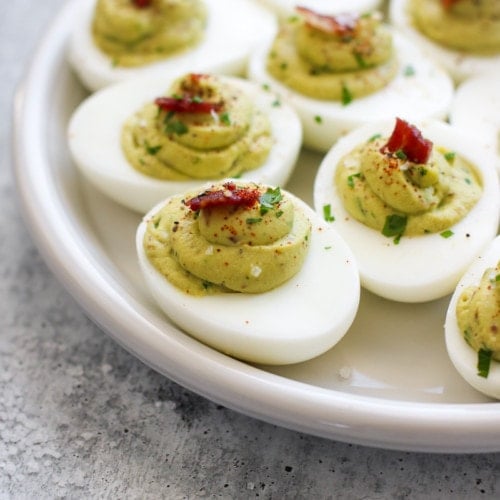 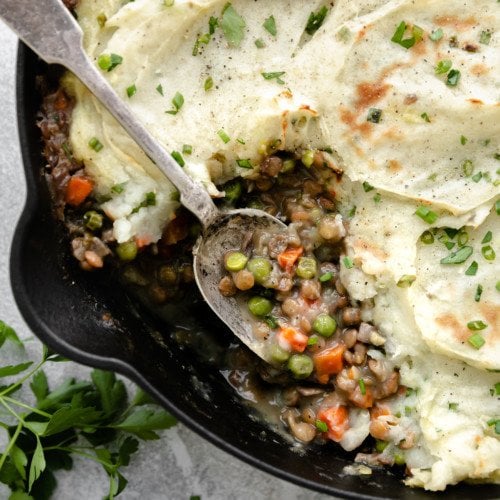 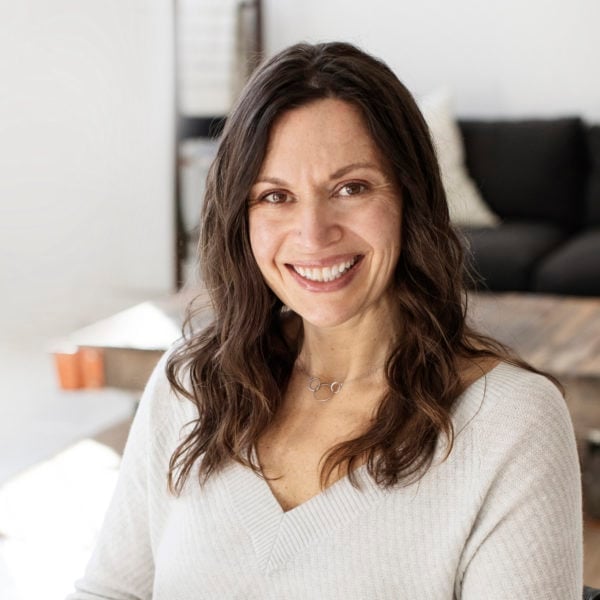 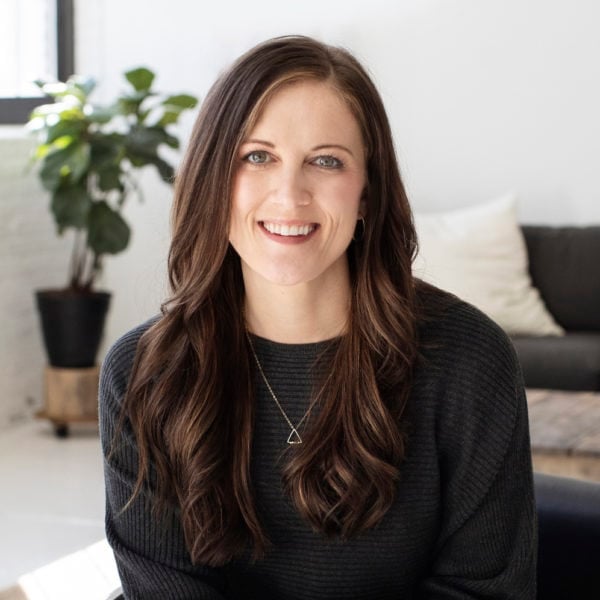 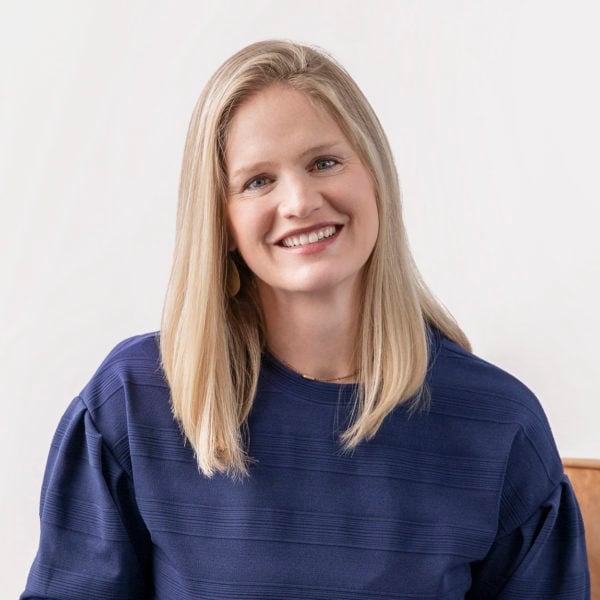 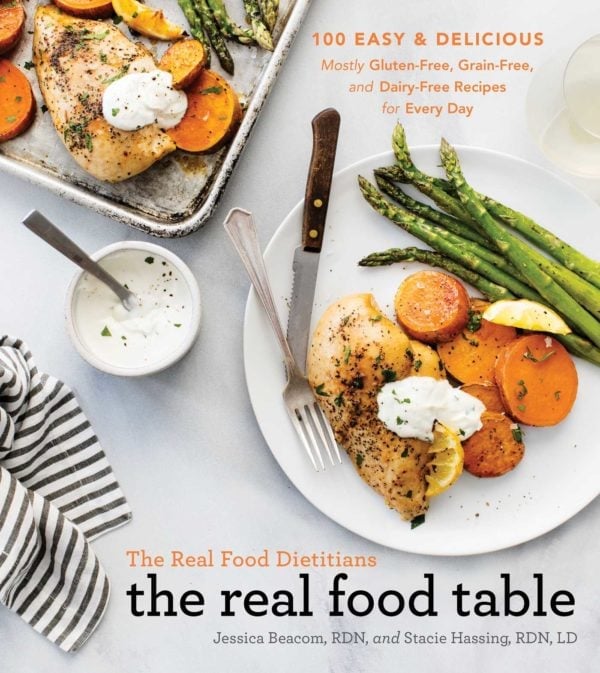 Welcome to Our Table

We Have a Cookbook!

END_OF_DOCUMENT_TOKEN_TO_BE_REPLACED 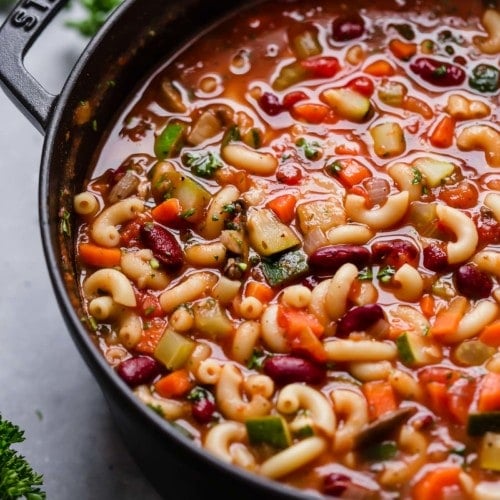 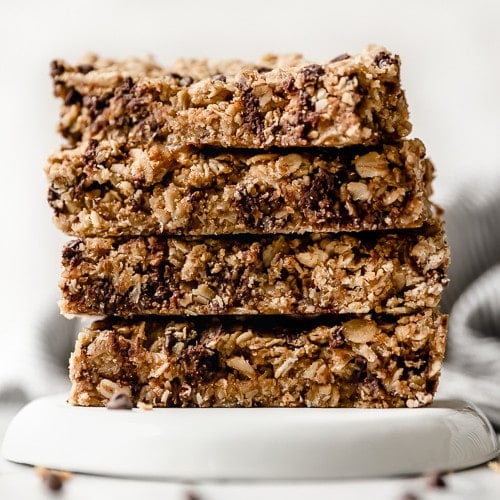 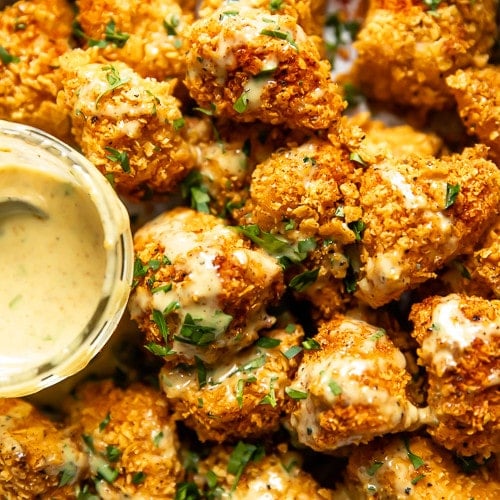 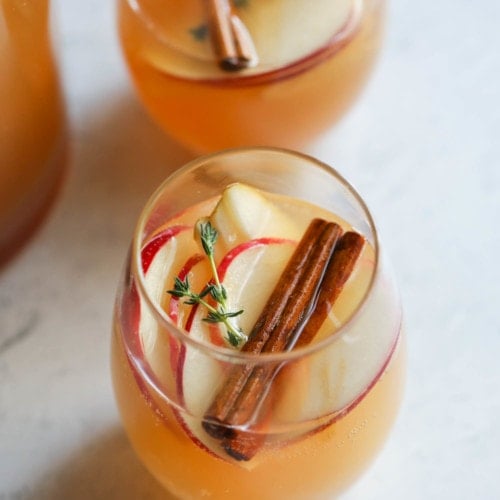 This website uses cookies to improve your experience while you navigate through the website. Out of these, the cookies that are categorized as necessary are stored on your browser as they are essential for the working of basic functionalities of the website. We also use third-party cookies that help us analyze and understand how you use this website. These cookies will be stored in your browser only with your consent. You also have the option to opt-out of these cookies. But opting out of some of these cookies may affect your browsing experience.
Necessary Always Enabled
Necessary cookies are absolutely essential for the website to function properly. This category only includes cookies that ensures basic functionalities and security features of the website. These cookies do not store any personal information.
Non-necessary
Any cookies that may not be particularly necessary for the website to function and is used specifically to collect user personal data via analytics, ads, other embedded contents are termed as non-necessary cookies. It is mandatory to procure user consent prior to running these cookies on your website.
SAVE & ACCEPT
144 shares